Prevention of Bleeding in Patients with Atrial Fibrillation Undergoing PCI 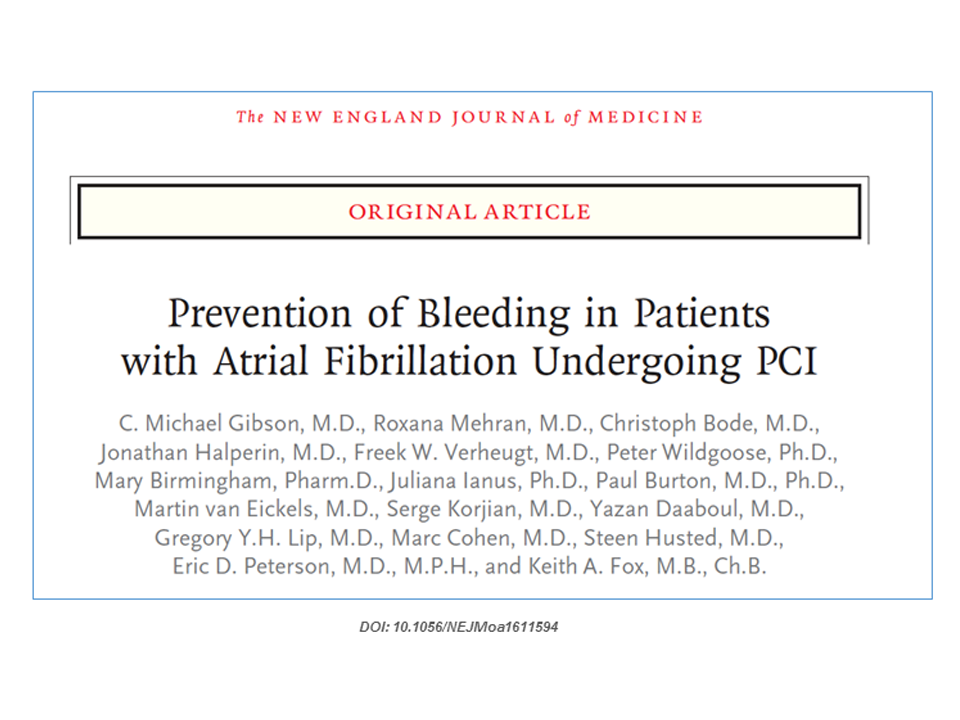 BACKGROUND
In patients with atrial fibrillation undergoing percutaneous coronary intervention (PCI) with placement of stents, standard anticoagulation with a vitamin K antagonist plus dual antiplatelet therapy (DAPT) with a P2Y12 inhibitor and aspirin reduces the risk of thrombosis and stroke but increases the risk of bleeding. The effectiveness and safety of anticoagulation with rivaroxaban plus either one or two antiplatelet agents are uncertain.

CONCLUSIONS
In participants with atrial fibrillation undergoing PCI with placement of stents, the administration of either low-dose rivaroxaban plus a P2Y12 inhibitor for 12 months or very–low-dose rivaroxaban plus DAPT for 1, 6, or 12 months was associated with a lower rate of clinically significant bleeding than was standard therapy with a vitamin K antagonist plus DAPT for 1, 6, or 12 months. The three groups had similar efficacy rates, although the observed broad confidence intervals diminish the surety of any conclusions regarding efficacy. (Funded by Janssen Scientific Affairs and Bayer Pharmaceuticals; PIONEER AF-PCI ClinicalTrials.gov number, NCT01830543.) 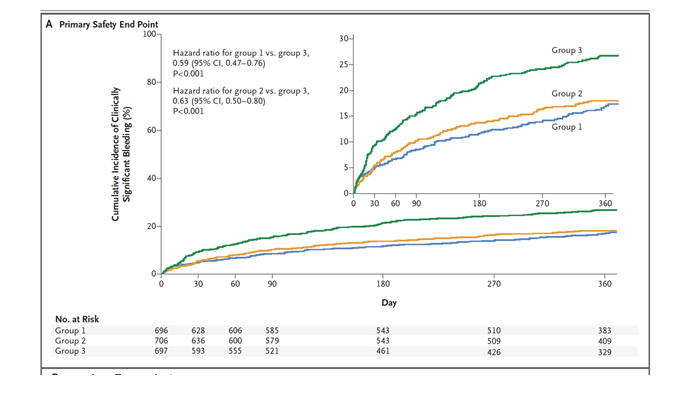 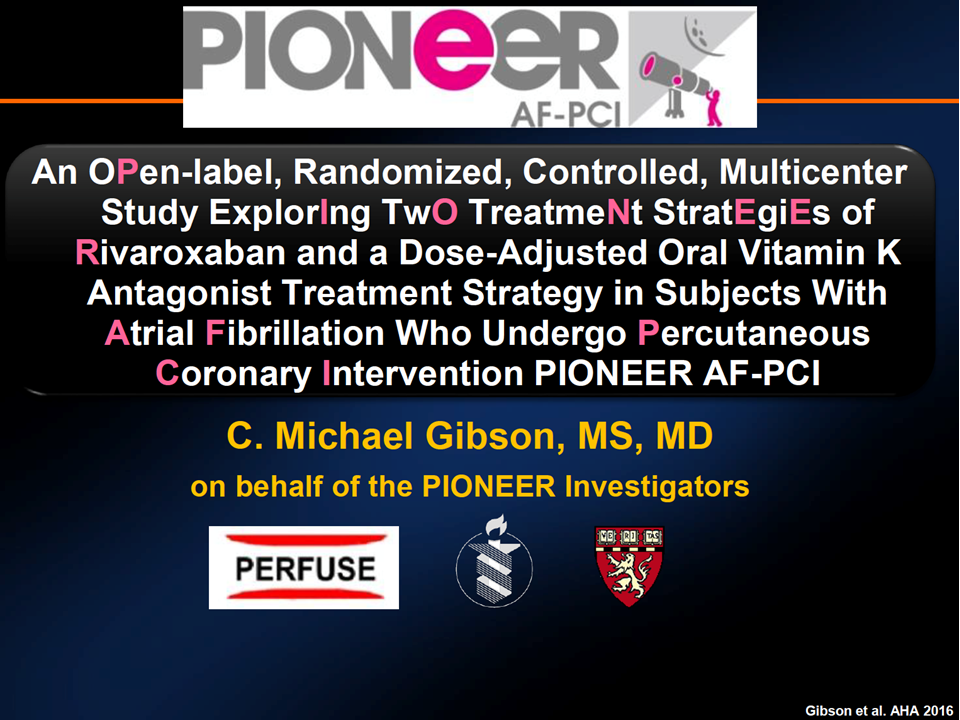 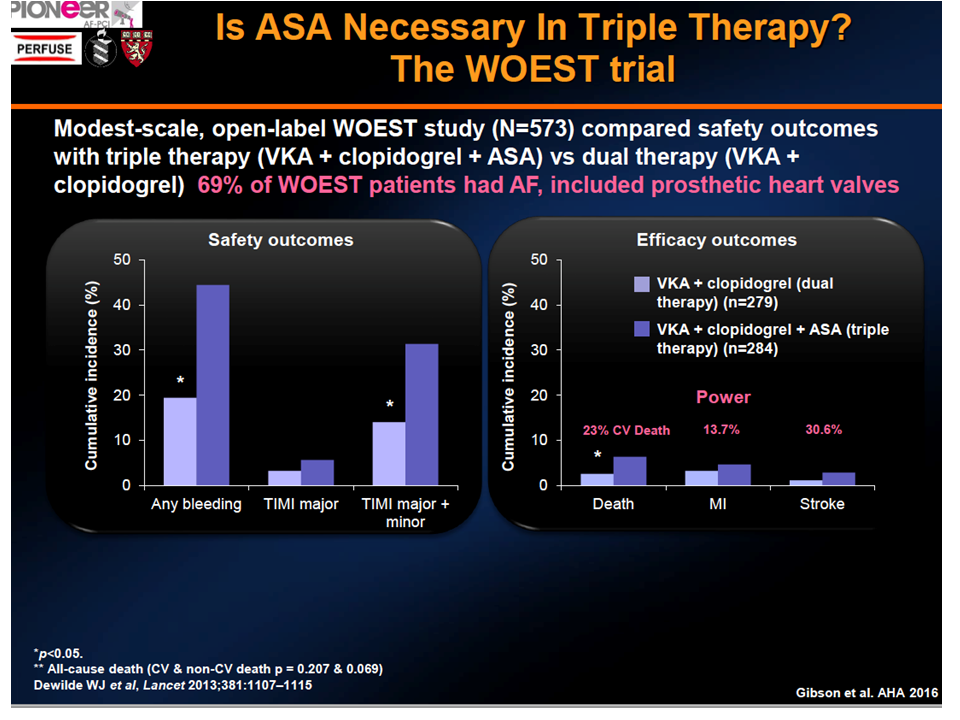 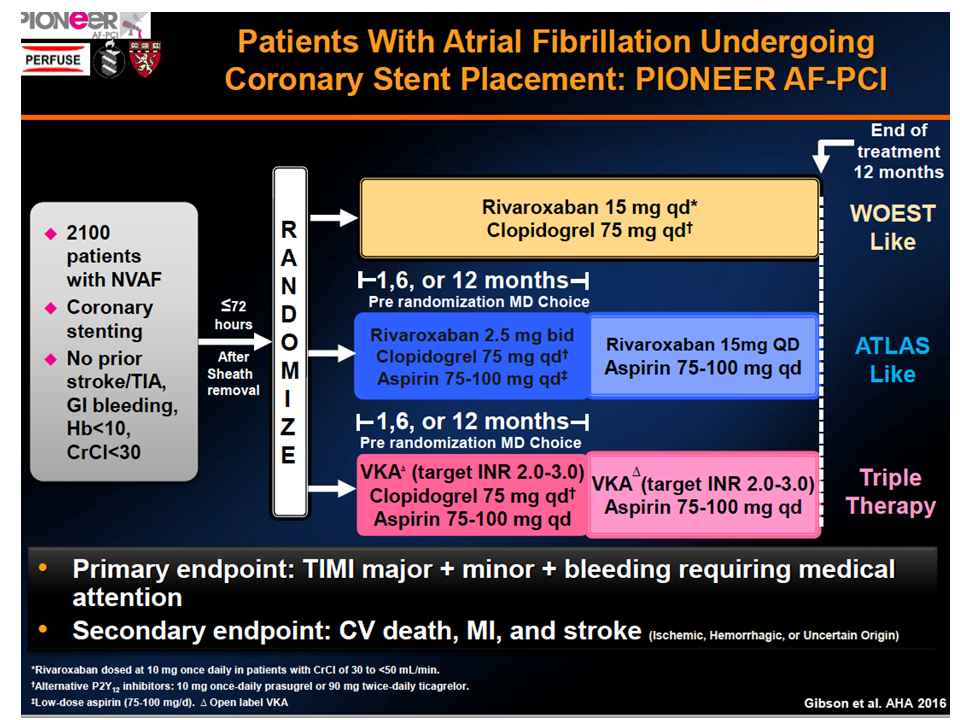 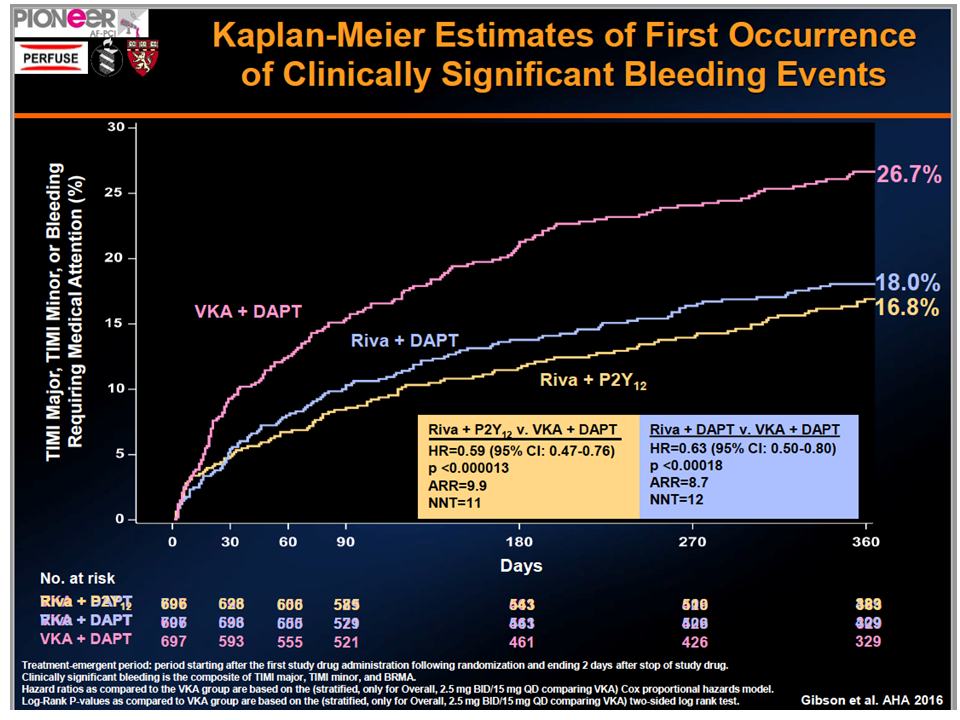 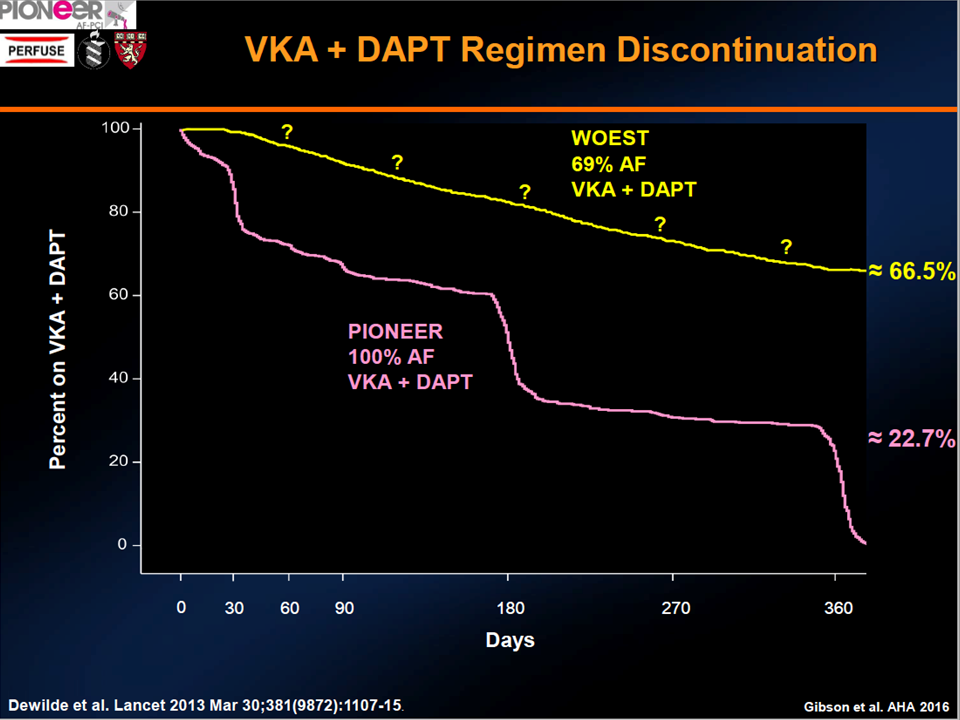 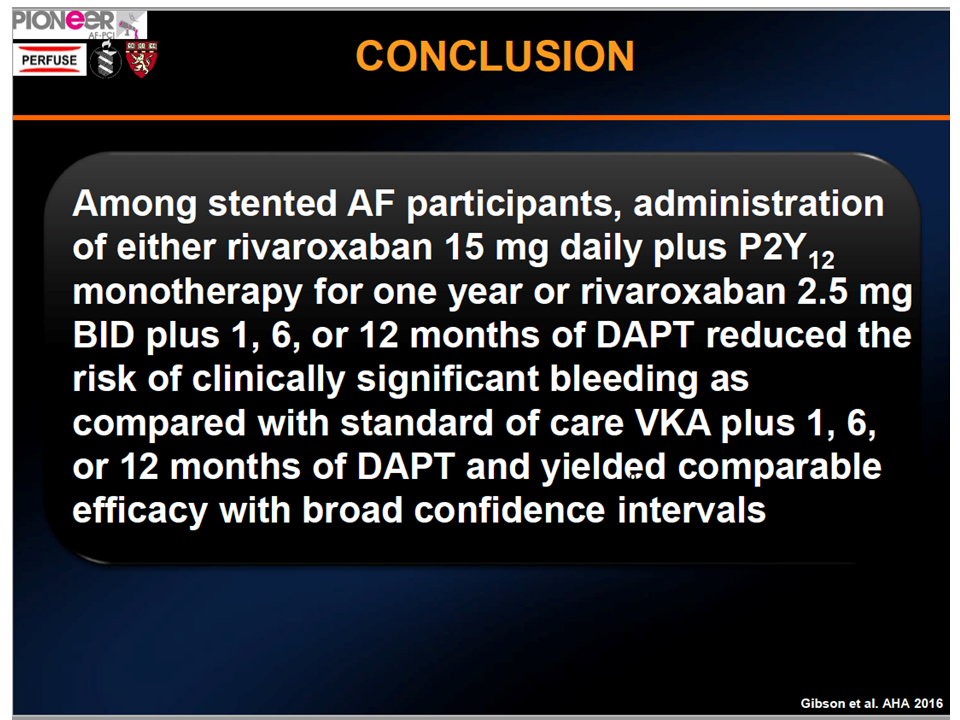 LAAC The present and the future 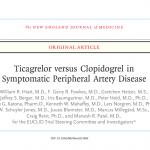