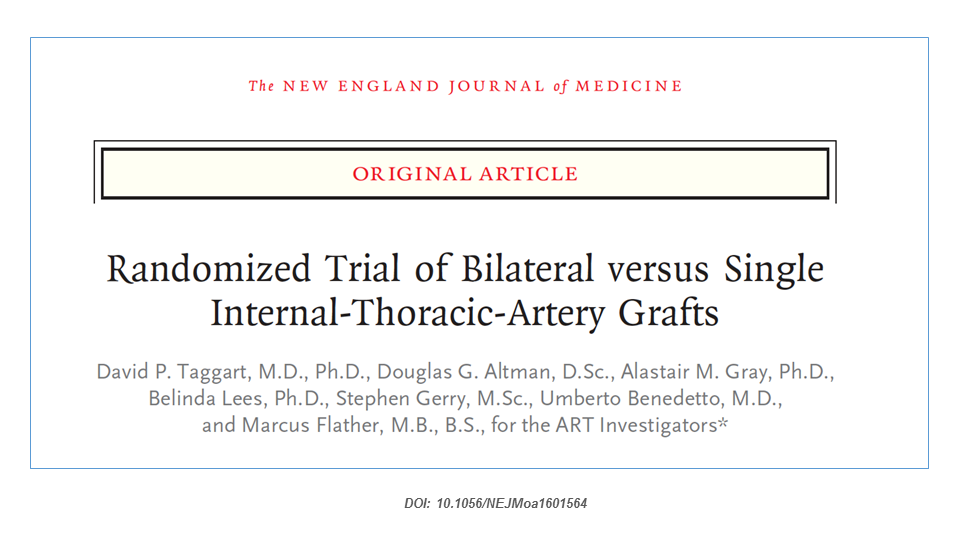 BACKGROUND
We previously reported that there was no significant difference at 30 days or at 1 year in the rate of the composite outcome of death, stroke, myocardial infarction, or renal failure between patients who underwent coronary-artery bypass grafting (CABG) performed with a beating-heart technique (off-pump) and those who underwent CABG performed with cardiopulmonary bypass (on-pump). We now report the results at 5 years (the end of the trial).

CONCLUSIONS
In our trial, the rate of the composite outcome of death, stroke, myocardial infarction, renal failure, or repeat revascularization at 5 years of follow-up was similar among patients who underwent off-pump CABG and those who underwent on-pump CABG. 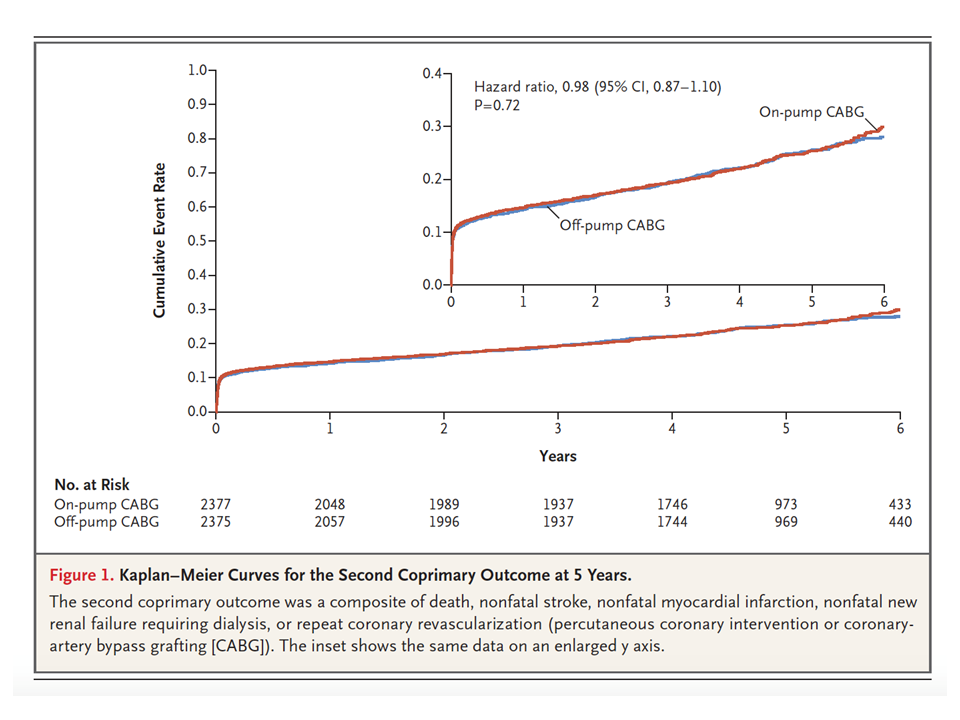 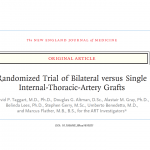 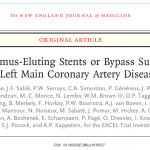